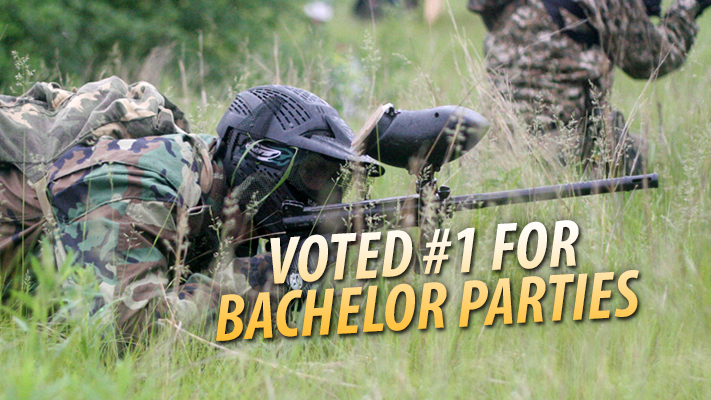 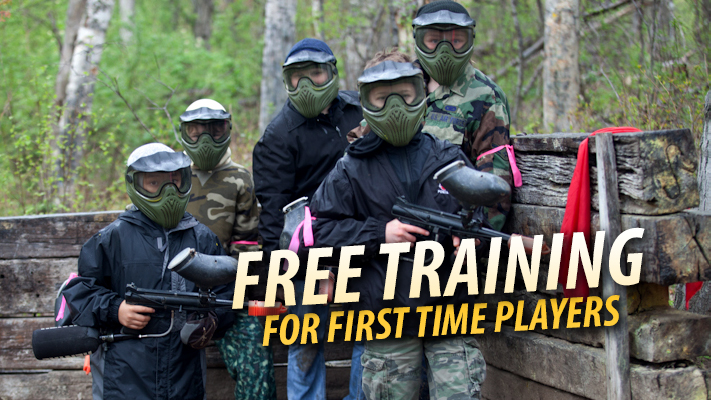 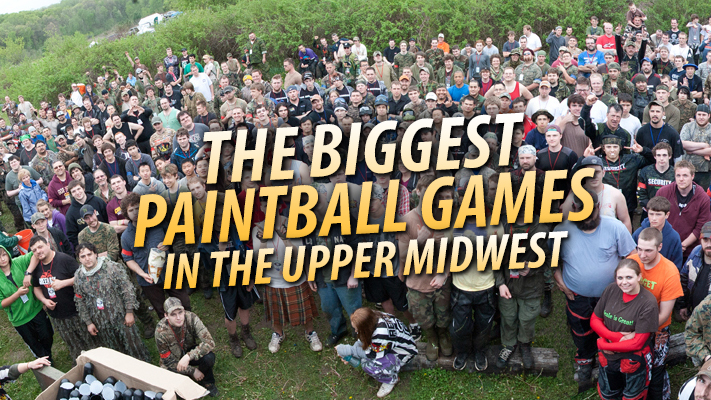 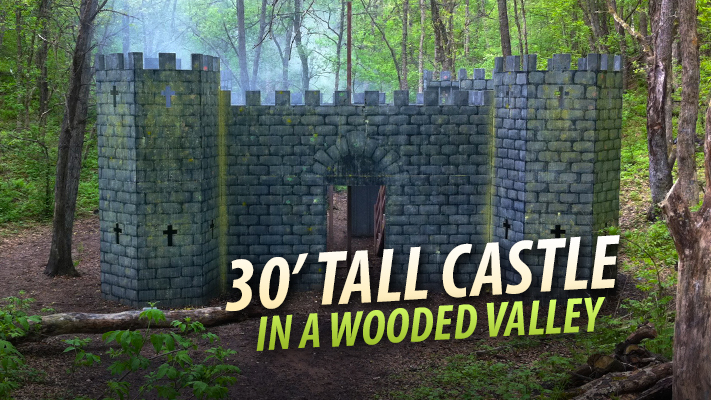 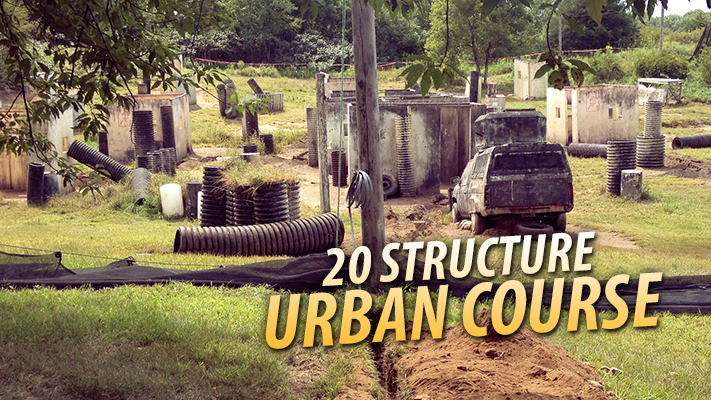 During the Winter all games will be hosted at our Twin Cities Paintball courses 15 miles from Splat Tag in Baldwin, WI.

Experience paintball the way it should be experienced—in the woods!

As one of the longest standing paintball companies in the United States, nobody hosts a greater paintball experience than Splat Tag Paintball Park. With 22 uniquely designed courses in a wooded, natural setting, Splat Tag offers a full spectrum of adventure that caters to any skill level, group size, or age group.

To get started, choose a way to play.

Set up a private group with 10 or more players.

Jump into the action without an appointment. 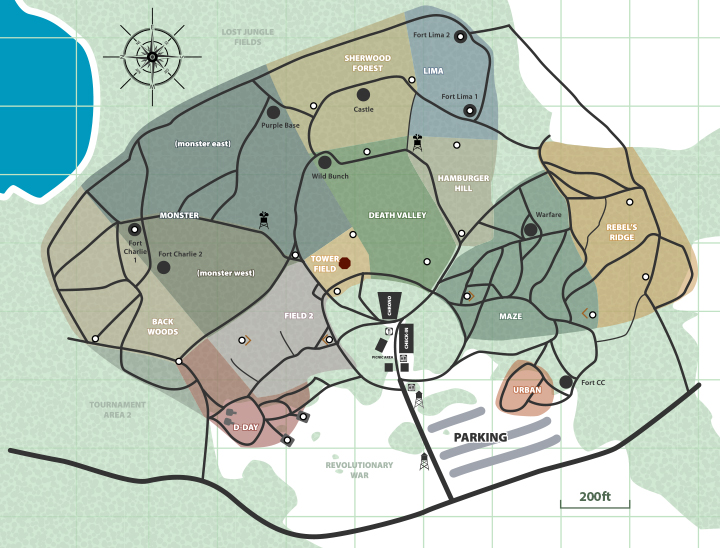 Splat Tag has 22 different, unique and challenging courses to play. 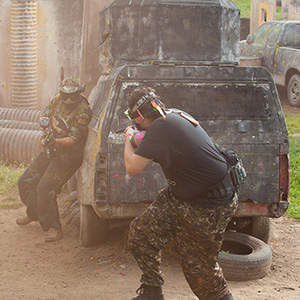 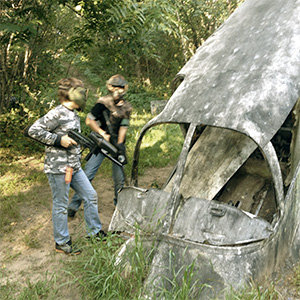 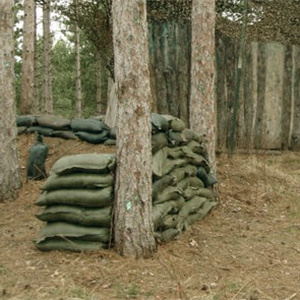 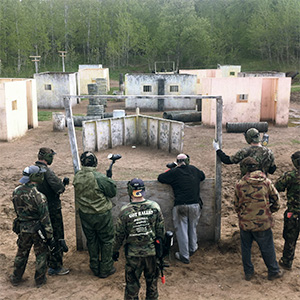 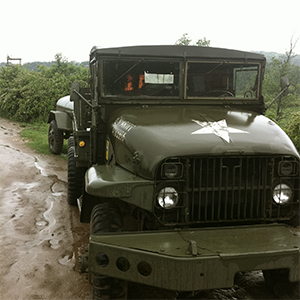 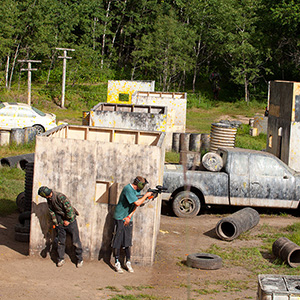 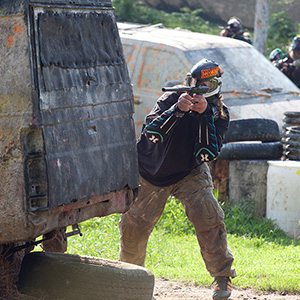 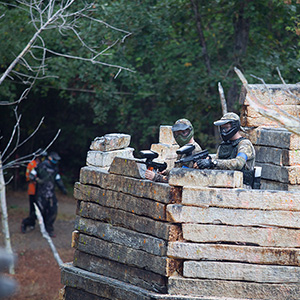 Giant Paintball Game 44 is June 4, 2023 - Splat Tag will combine our wooded courses together to make up one giant playing course for this semi-annual Giant Paintbal Game. Two Giant teams will be battling it out. The Giant Paintball Game is one of the largest, most exciting paintball games in the upper Midwest! This event can get up to 300 to 600+ players.

The Arena is rugged terrain. Woods, brush, downed trees, trails, hills, bunkers, and man made obstacles are the lay of the land. Winning on this field will require teamwork and cooperation if your squad of "Splat Tag™ Warriors" is to achieve its objective, capturing the enemy base.

Today, you've given yourself a secondary objective. Eliminating... No. Annihilating your opponents.

Advancing cautiously, you use the brush for camouflage. There, twenty or thirty yards off, you spot movement.

A rogue adversary cuts across an opening between the trees and disappears behind a bunker. You're both equipped with a face mask and a paintball marker. You can fire pellets at just under 280 feet per second, but so can he; You decide to wait him out.

"Where is he?", you think to yourself. "What's he waiting for?" Suddenly, you realize that your position has been compromised. The enemy now has the advantage. You hear air release from his weapon.

You respond by pumping a dozen paintballs in his direction. The pellet "SPLATS", leaving a bright yellow mark on his left shoulder.

"I'm hit", he yells. You've just eliminated your opponent from the round. You look down at the splatter of green on the ground a few feet in front of you with the knowledge that this foe will return in the next game, several minutes later, to even the score. Will you be ready for him?